Why Managers Think They’re Coaching When They’re Not!

I recently worked with a leader who received feedback on a 360 that indicated his coaching of his direct reports was negligible. After giving it some thought, he still disagreed with the feedback. When we discussed the feedback, his argument continued to be, “Hey, I meet with my people at least every month, sometimes weekly. So, I don’t understand why they don’t think they’re getting coaching!” This is not an unusual response to this type of feedback, so let’s explore this disconnect…because there is a big disconnect.

My experience, having worked with hundreds of managers, is that it comes down to the quality and type of conversation that they’re having with their team members. Some managers  don’t understand what “real coaching” looks like.  They believe that meetings focused on project updates, pipeline reports, and operational issues are coaching discussions. They are not. These are management conversations, and should be differentiated from coaching conversations.

Coaching is a practice to develop an individual’s knowledge, skills, and abilities so they can achieve their maximum potential. Coaching is about helping individuals expand their awareness and discover options for moving forward on what they care about. Coaching is grounded in listening, asking questions, and exploring alternatives to create the results the coachee wants. I like the way John Zenger and Kathleen Stinnett in their book titled, The Extraordinary Coach, further define coaching: “Coaching helps individuals discover answers within themselves and helps them feel more personally empowered. The coach is also dedicated to helping to ensure the implementation and long-term follow-through of planned actions.”

The question I had for the leader who received the feedback on his coaching was, are you coaching or are you having a management discussion during your 1:1 meetings? The answer was clear for him. They have been directive management meetings versus true coaching conversations.

What types of conversations are you having with your people? If you’re having discussions on career aspirations, personal goals, self-limiting beliefs, and professional development objectives – you’re operating in the coaching genre. If you’re talking about projects, deadlines, process issues, etc. you’re having management conversations.

Next, I will share seven practices that the best coaches use to engage, empower, and motivate their teams to higher levels of performance.

Tom Athenour is the co-founder, and CEO of StarQuest Group, a leadership and sales consulting group based in Colorado. StarQuest offers executive coaching, leadership development programs, and sales training. Tom's mission is simple: to help people achieve positive, lasting change for themselves, their teams, their organizations, and even their families. For the past 25 years, Tom has been helping individuals and organizations maximize their potential by helping them develop new skills, apply new processes and most importantly overcome their limiting beliefs. As an executive coach, consultant and educator, Tom has helped leaders and sales professionals in a variety of organizations from start-ups to Fortune 500 global companies. Tom has authored articles and position papers, and has spoken at numerous national conferences about leadership, organizational change, and talent development. 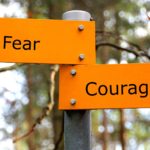 How to Get Your Team to Be More Courageous 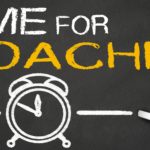 What Every Leader Needs to Know About Coaching

We help our clients achieve their growth goals, develop their leaders, and grow their organizations. Sign-up to receive our blog posts: Sign-Up